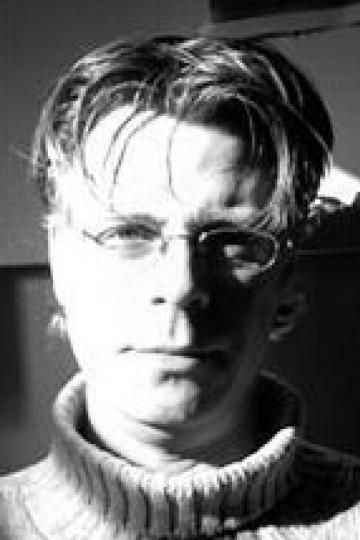 DAVID J. KNIGHT was born in Guelph and went to John F. Ross highschool. He holds a BA in Fine Art (University of Guelph 1987), an MA in Archaeology (University of Southampton, UK 2002), and an MPhil in Archaeology (University of Southampton, UK 2010). He has extensive experience in field and academic archaeology in the UK and Europe, on sites in Belgium, France, Guernsey, Syria, Italy and England. In 2008 David was celebrated as a University of Guelph Campus Author for his historical biography, King Lucius of Britain. Upon returning to his hometown David has engaged with Guelph’s material and intangible heritage, publishing two books through Publication Studio Guelph: Sound Guelph, a history of alternative music in Guelph from the late 1970s to 2000; and an edition of John Galt’s novel, The Omen. David is also a trans-media artist and continues to produce visual and audio works.

David is the publisher at Fenylalanine Publishing, an online press that specializes in "latent peripheral ephemeral paraphernalia" and the publication of the comics "Tales of a Guelphite", "The Head" and "Heads and Tales".

David is partner with WhirlWhirl Publishing (Orlando, USA) since 2021.

David is also the General Editor of Vocamus Editions, an imprint of Vocamus Press that promotes the literary heritage of Guelph, Ontario, by publishing new editions of books written by Guelph authors.