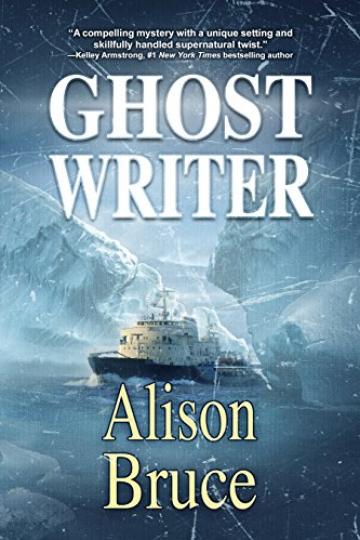 We're a little late to the party, but we're pleased to announce that Guelph author Alison Bruce has launched her new thriller novel, Ghost Writer. Check the blurb below:

Jen Kirby has seen ghosts since she was a teen, but she can’t talk to them or help them cross over. And, after a violent death in the family, she doesn’t want to see them anymore.

In her role as ghostwriter, Jen joins a Canadian Arctic expedition to document and help solve a forty-year-old mystery involving an American submarine station lost during the Cold War. The trouble is, there are people—living and dead—who don't want the story told, and they’ll do anything to stop her.

Now Jen is haunted by ghosts she can’t avoid or handle alone. That means confiding in the one man she doesn’t want to dismiss her as “crazy.” But can he help? Or is he part of the problem?