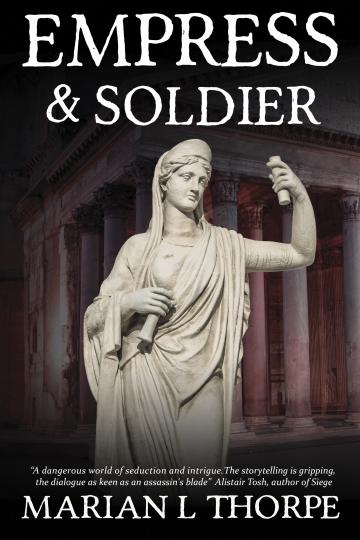 Guelph author and publisher, Marion Thorpe, has released Empress and Soldier, the newest book in her historical fantasy series.

A boy of the night-time streets. A girl of libraries and learning.

Druisius, the son of a merchant, is sixteen when a cruel order from his father drives him from home and into the danger and intrigue of the military.

Eudekia, a scholar’s daughter, educated and dutiful, is not meant to be a prince’s bride. In a empire at war, and in a city beset by famine and unrest, she must prove herself worthy of its throne.

A decade after a first, brief meeting, their lives intersect again. When a delegation arrives from the lost West, Druisius is assigned to guard them. In the span of a few weeks, a young captain will capture the hearts of both Empress and soldier in very different ways, offering a future neither could have foreseen.

Get your copy here – https://books2read.com/marianlthorpe.