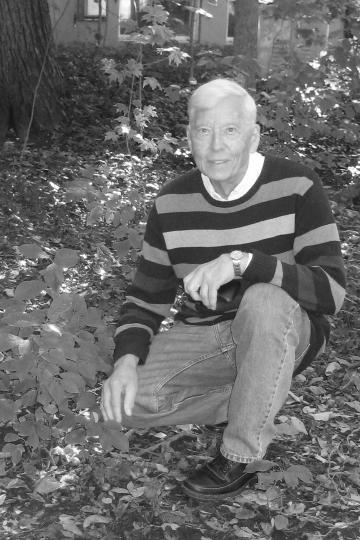 DR. LARRY PETERSON grew up in Alberta and attended the University of Alberta where he received B.Ed and M.Sc degrees. He earned a PhD from the University of California and spent his career at the University of Guelph where he is currently a University Professor Emeritus. He has published over 200 papers in refereed journals, 25 book chapters, and has co-authored 3 books. The book Teaching Plant Anatomy Through Creative Laboratory Exercises, co-authored with Dr. Carol Peterson and Lewis Melville, received the George Lawson Medal from the Canadian Botanical Association (CBA) for an exceptional contribution to Botany. His most recent book When is a Flower not a Flower and other Intriguing Questions about Plants is co-authored with Dr. Carol Peterson.

Larry received a second George Lawson Medal from CBA for outstanding career contributions to Botany. He is a Fellow of the Royal Society of Canada and has received two Teaching Awards from the University of Guelph. Dr. Peterson is a popular speaker and receives many requests from gardening groups, Horticultural Societies, Naturalist Societies as well as Senior Groups as a featured speaker. The titles of current talks offered are “The Fascinating Biology of Orchids” and “Living Underground – Plants Interacting with Fungi”.